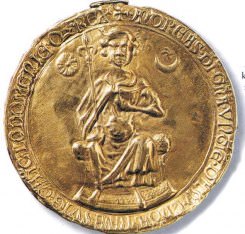 Have you been prejudiced by the application of an unconstitutional law?
Have you exhausted your legal remedies, but the court has not ruled in your favor?

A constitutional complaint provides an additional special remedy for a complainant who has exhausted his or her ordinary remedies, of which the Fundamental Law provides for several types:

A constitutional complaint may be lodged with the Constitutional Court by the person or organization concerned in an individual case, if his or her rights guaranteed by the Fundamental Law have been infringed because of the application of an unconstitutional law in the judicial proceedings in the case and he or she has already exhausted his or her legal remedies or has no legal remedies available. Exceptionally, it may also be initiated if the violation of rights has occurred directly, without a judicial decision, because of the application or the effectiveness of the provision of the unconstitutional law, and there is no legal remedy procedure to remedy the violation of rights, or the petitioner has already exhausted his/her legal remedies.

Our law firm undertakes the challenge of unconstitutional legislation before the Constitutional Court, the drafting and filing of constitutional complaints by lawyers, and the provision of legal advice on public law issues (e.g., initiating a referendum, electoral law, conflict of interest, etc.).

PROCEEDINGS BEFORE THE EUROPEAN COURT OF HUMAN RIGHTS IN STRASBOURG

Have you tried everything but been denied redress in Hungary?
Do you know that if the Hungarian State or its bodies (courts, authorities) violate your fundamental rights, you can get compensation from the European Court of Human Rights (Strasbourg Court)? The compensation can amount to several million forints and the procedure is free of charge.

This may be possible if a right under the European Convention on Human Rights is violated during proceedings in Hungary and this is not remedied in domestic proceedings.

The Convention imposes strict requirements on complainants, allowing them to apply to the Court of Justice within 4 months of exhausting all effective domestic remedies. If the applicant submits his application more than 4 months after the date of the last decision on the merits, the Court will reject the application without examining the merits. However, an application for a stay of proceedings may be made even if the proceedings are still pending, so there is no need to wait for the case to be concluded. Our law firm can initiate a complaint procedure before the European Court of Human Rights in Strasbourg and represent the applicant.

You can find out more about which cookies we are using or switch them off in settings.

This website uses cookies so that we can provide you with the best user experience possible. Cookie information is stored in your browser and performs functions such as recognising you when you return to our website and helping our team to understand which sections of the website you find most interesting and useful.

Strictly Necessary Cookie should be enabled at all times so that we can save your preferences for cookie settings.

If you disable this cookie, we will not be able to save your preferences. This means that every time you visit this website you will need to enable or disable cookies again.

This website uses Google Analytics to collect anonymous information such as the number of visitors to the site, and the most popular pages.

Please enable Strictly Necessary Cookies first so that we can save your preferences!